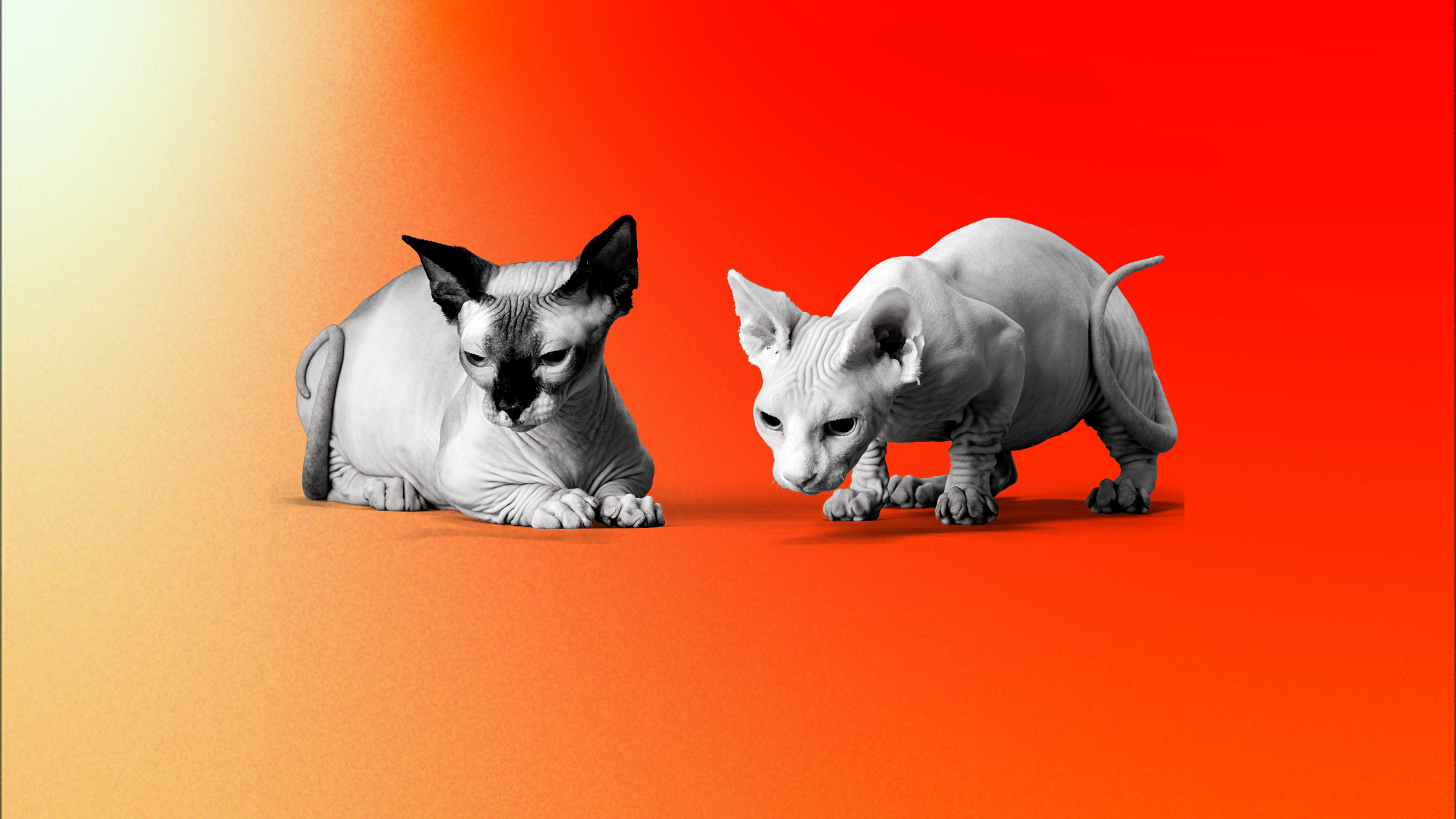 A College Student Was Killed by a Man Whose Catcalls She Tried to Ignore, Prosecutors Say

Another Woman Killed for Turning a Man Down

Do you remember the first time a stranger yelled something explicit at you?

Whether you had headphones in as you walked or rode a bike and were honked at by someone yelling degradations, catcalling is a dangerous phenomenon that all too many people, especially women, experience.

Catcalling can lead to physical assault or sexual violence, especially if a someone tries to confront or ignore the catcaller, as seen in the headlines above.

It is isolating, confusing, humiliating and objectifying, so how and why does it occur?

What does catcalling someone mean?

Also known as street harassment, catcalling is a form of harassment and open verbal abuse against mostly women and girls. The woman’s body is usually the subject of the cat caller’s critique. ‍

When catcalling happens, the perpetrator often likely has the desire to call the woman's attention to them and degrade her. Calling attention to her body as if it was just an object of aesthetic or sexual quality is to reduce their body to a thing of appearance. It then positions her as a tool for the catcaller’s self-esteem’s improvement.

Women occasionally cat call and may do it to men or other women, but we typically associate it with men doing it to women. Catcallers are more likely to believe they aren’t doing anything wrong, that it is not a serious offense, or feel as if they have the exclusive and natural right to say whatever they want.

The negative psychological effects of catcalling and sexual street harassment on victims are many and deep. Victims feel degraded and disempowered after an incident. They may restrict their movements, avoid certain streets, reroute their regular travel course, or feel as if they don’t belong in their communities. Some may even stop dressing in more revealing clothing to minimize the amount of catcalls. ‍

“Many people who experience catcalling report psychological distress. One young girl who reached out to us explained how she felt after a threatening sexual comment: ‘I got in my car and locked the doors. I almost had a panic attack. I felt so violated and naked because of this. I hated the way I felt when they said that to me.’’' says Sophie Sandberg, Founder of Chalk Back, a nonprofit on a mission to give people a place to share their stories of harassment and use it to raise public awareness and ultimately denormalize catcalling.

A brief history of catcalling

Catcalling is a form of harassment that goes back to the classical era.

One example is evident in Roman literature where men hiss and jeer at women and female performers. This form of catcalling has been mainly referred to as “wolf whistling”.

Wolf whistling is a particular gesture where a person may put two fingers into their mouth and force air out to make a whistling sound of two tones. The Elizabethan era (c. 1558–1603) of the Tudor reign in England also had the wolf as a symbol of male lust and aggression in its dramatic narratives. The actual term came around the 1700s when audience members showed their displeasure or disgust for the performance or the actions the actors performed. There is some evidence of the audience sometimes using a device called a “catcall” for this purpose that may or may not have sounded like a cat hissing. The wolf was and is a creature conventionally held outside of human society, out of control or outside civilized law, and a religious symbol of predation.

The word “cat call” didn’t take on its sexual significance until well into the 20th century, with one example in media being the 1943 Tex Avery cartoon, “Red Hot Riding Hood”, which features a literal wolf character whistling at a woman called Red during her musical performance. Avery’s cartoons had several depictions of sexual harassment which young men and boys started copying and enacting in their regular lives.

Today, street harassment is a relatively normalized experience for women and girls.

Most young women and girls experience cat calling as their first instance of sexual harassment.

Street harassment, like other forms of gender-based violence, is all about asserting power and control over someone.

“The growth of the Chalk Back movement illustrates the prevalence of catcalling around the world. From small towns in Germany, to a bustling capital in Africa, to an island in the Mediterranean, and many places in between, young women have reached out to us expressing a need for a catcall initiative in their city. Catcalling differs based on each context but it is a problem that affects girls, women, and LGBTQIA+ individuals everywhere.” says Sophie.

Why do people catcall?

While there is no excuse for this behavior, understanding what motivates street harassers can help start a conversation on this entry-level form of abuse.

“Street harassment is all about power. In our experience, men catcall to exert dominance over the person they’re catcalling. It’s rarely a genuine proposition or form of flirting and almost always an expression of power,” declares Sophie.

The purpose of a catcall has little or nothing to do with the woman’s actual personhood. Her identity is a nonfactor apart from how the catcaller perceives the woman’s body in the moment. The woman becomes an object of the catcaller’s judgement and momentary authority. The actor usually wants to create a semblance or show of their own superiority over women so that they can feel that they are superior to them and in general.

Another core piece of psychological reasoning is, and becomes, the belief that the woman is a figure ready-made to use and abuse. The catcaller is more important than the catcalled. Perhaps this is because of the power dynamics in many cultures where men are seen as more powerful and more important; they feel they can do whatever they want towards a woman. In turn, it creates the belief that they are better than them.

People who catcall do it repeatedly, especially when the legal, economic and social consequences for it are either non-existent, inconsistent or ineffective.

Street harassment is also a way to cross the boundaries of general public contact that dictates how strangers should interact with each other. It could be a way, therefore, for someone to do a taboo action with little to no consequence.  For example, it’s not socially acceptable for a man to slap or punch a woman. However, since verbal assaults are generally taken less seriously (as the wounds aren’t physical), verbal harassment against women is more acceptable or harder to directly confront with success.

In the U.S. there is no federal law against street harassment.

Street harassment is instead covered state-by-state, or even city-by-city, and the execution of a possible charge is more theoretical than practical and definite. The laws may cover different forms of street harassment according to their language, and they mainly refer to acts where the perpetrator makes “obscene gestures”, “offensive language”, or “reasonably” stops someone from using the public transportation system freely.

There are “disorderly conduct misdemeanors” in Atlanta, Georgia, where if the street harassment happens “in a violent and tumultuous (noisy and uproarious) way that places someone in reasonable fear for her or his safety”, happens when someone under 14 years old is present, or if it “naturally tend[s] to provoke violent resentment” from the victim, the harrassed can report the cat caller.

In California, street harassment can be covered by its definition of harassment, which is “unlawful violence, a credible threat of violence, or a knowing and willful course of conduct directed at a specific person that seriously alarms, annoys, or harasses the person, and that serves no legitimate purpose.”

New York’s state law criminalizes harassment and aggravated harassment in the first degree when someone “intentionally and repeatedly harasses another person by following such person in or about a public place or places or by engaging in a course of conduct or by repeatedly committing acts which places such person in reasonable fear of physical injury”. It can also be charged in the second degree by law when a person has the “intent to harass, annoy or alarm another person”. Fines may be applied, as in Alabama, where a person making an obscene gesture at a specific person can be punished with a $500 fine or stay up to three months in jail.

In 2018, France passed a law to include sexism in its criminal code, which directly addressed verbal sexual harassment, called the Loi Schippia after the former minister of gender equality, Marlene Schiappa. The law permits police officers to sanction perpetrators in the moment, rather than leaving the victims to face a long and laborious trial after the harassment. Perpetrators can be fined. The law was made in response to video footage of a woman being slapped in the face by a man she told to “shut up” after he cat called her with degrading noises and comments.

Standing up against catcalling

“It’s extremely hard to respond to catcalling in the moment. Victims describe feeling powerless or frozen. However, taking creative methods to share what happened after the fact can help build community and encourage bystander intervention through public awareness. The Chalk Back community writes verbatim catcalls on public streets with chalk to signal to all passersby that street harassment is a problem that deserves attention. We can encourage widespread cultural change using the methods available to us.” says Sophie.

Without systematic, legal, and social acknowledgement or action to sanction cat calling, its victims are left with unattended wounds.

You can find further help, stories, and resources from CHALK BACK and follow the @catcallsof____ community on Instagram. See if there is one in your city like @catcallsofNYC.