Garbo’s Offense Reporting Policy: How We Determine Which Offenses to Include on Garbo 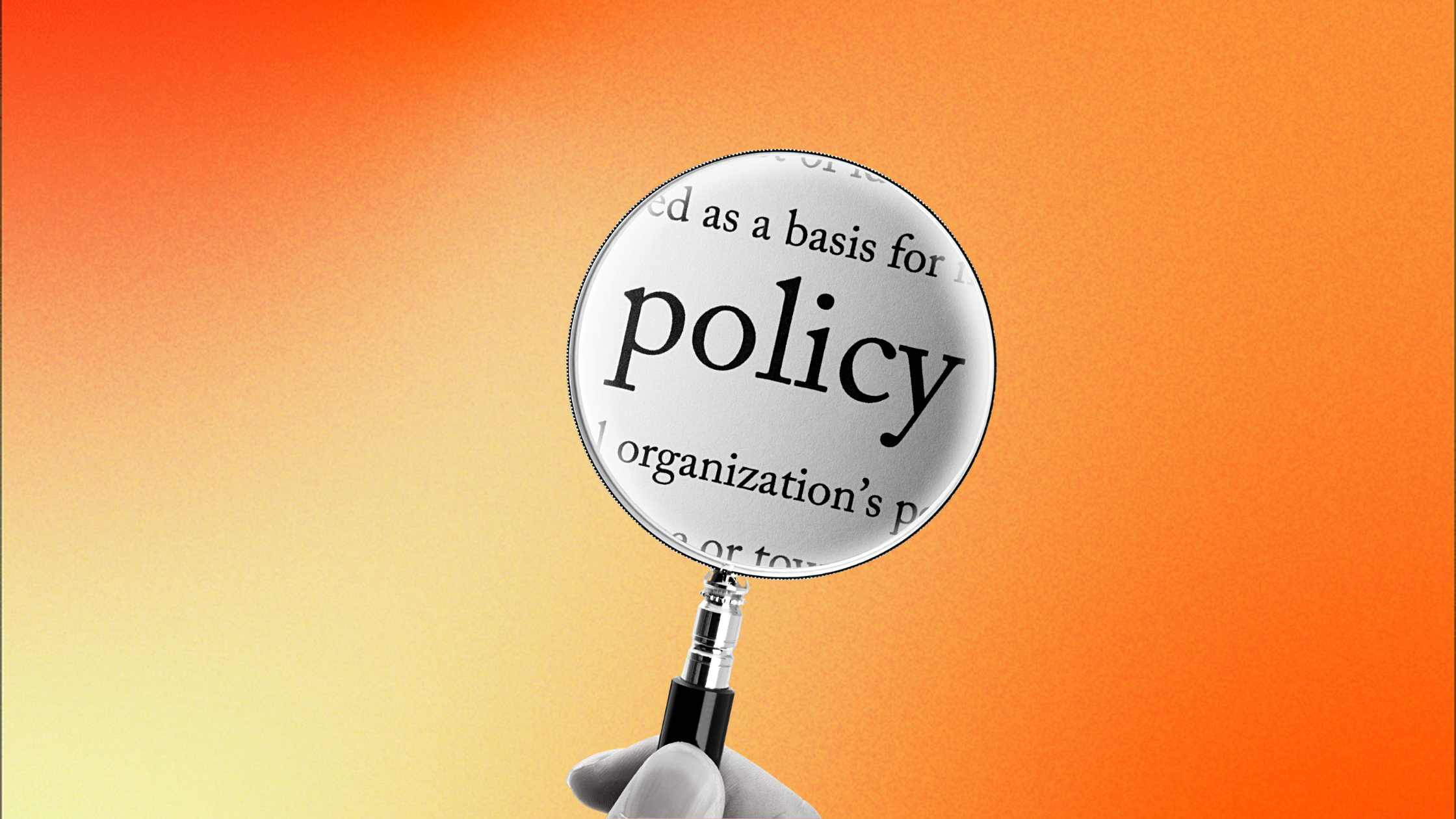 Since our inception, Garbo has focused on building a new kind of online background check: a background check that makes it easy to find reports of violent and harmful behavior so people can make more informed decisions about their safety in the hopes of preventing future harm against themselves and their communities.

The reporting of bad actors and harmful behavior occurs in many different forms: it can be seen within the confines of the criminal justice systems, in civil suits, in family court orders of protection, in the media, and even on digital platforms.

At Garbo, our initial focus is on providing access to arrests, convictions, and sex offender registry records. All of this data originates from the criminal justice system, and we are cognizant of our responsibility to shine light on the disproportionate impacts this system has on people of color and other groups that face marginalization.

Below are some resources illustrating this disproportionate impact, though these are by no means exhaustive as the study of these systems continues to evolve:

To reduce the negative impacts on marginalized and vulnerable communities, Garbo has developed an offense reporting policy that excludes certain non-violent, non-harmful offenses from our platform alongside our lookback period process.

Garbo is committed to actively making a difference in the way communities have been affected by the criminal justice system. We do not believe in perpetuating/amplifying the negative impacts of a criminal justice system that has exhibited disproportionate impact on people of color, the LGBTQIA community, women, and others.

We’ve worked with experts across racial, social, and gender justice to develop our lookback periods and offense reporting policy process including our internal Advocacy Council.  We have spent two years developing an innovative proprietary system using machine learning to focus on the information that matters most while reducing the biases seen within the criminal justice system.

The offense reporting policy will be an ongoing, iterative process as we continue to learn, as new offenses appear within the system, and as we listen to our users’ safety concerns.

We understand that there will be questions about what information Garbo provides access to and we hope this post provides clarity and transparency. We remain dedicated to providing relevant updates as this process continues to evolve.

Understanding universal definitions of crimes is the first piece to our offense reporting policy process.

For this, we’ve used the FBI’s “Uniform Crime Reporting Handbook” (UCR) — a system for collecting uniform police statistics that’s been used since 1930. One goal of the UCR Program was to provide a “common denominator” language that goes above the varying local and state laws.

Because of the differing jurisdictional definitions of offenses, to provide nationwide uniformity in crime reporting, the developers of the UCR formulated standardized offense definitions.

Due to the variances in punishment for the same offenses in different state codes, no distinction between felony and misdemeanor crimes is possible.

Therefore, Garbo can not remove offenses based on whether they’re a misdemeanor or felony. This is why we’ve focused on utilizing universal definitions for offenses as defined by the UCR rather than at a state or county level.

The following list includes both Part I and Part II offenses.

You can read the full definition of each offense category here.

The “all other offenses” category tends to include state or local jurisdiction laws that aren’t subject to a universal definition. We’ll talk more about these types of offenses soon.

All Part I and Part I categories are considered the most serious and most commonly reported crimes occurring in all areas of the United States, according to the UCR.

The FBI breaks the below offenses into “Part 1” and “Part 2” offenses and highlights the significance to the order in which the Part I offenses are presented — with criminal homicide being the highest in the hierarchy and arson being the lowest.

In Garbo’s offense reporting policy process, “Part 1” offenses are automatically included in search results and feature 14 year lookback periods — besides forcible rape which has no lookback periods (i.e. we look as far back as the jurisdiction enables us to).

All other offenses, below, are labeled as “Part 2” offenses:

To ensure Garbo includes all of the most relevant offenses while not perpetuating inequities seen within the criminal justice system, we have established a formalized procedure that assesses Part 2 offenses to determine if they are considered non-harmful, non-violent crimes.

Was it domestic abuse or sexual abuse?

If the answer is yes, then this offense is included in Garbo’s search results.

This means we include:

Offenses against family and children

All domestic or sexual abuse offenses have NO lookback periods — meaning we look as far back in history as the jurisdiction enables us to.

Was there a victim?

We define a victim as a human or animal. If the answer is yes, then this offense is included in Garbo’s search results.

This means we include all offenses with a victim, like:

All offenses with a victim have 14 lookback periods.

Was it a financial offense?

If yes, we include the offense.

This means these offenses are included in Garbo’s search results:

All financial offenses have 7 lookback periods.

If the answer is no, it is likely excluded from Garbo’s platform.

Based on the above offense reporting policy process, the following Part II offenses are excluded from Garbo’s platform:

A Special Note on Including Disorderly Conduct, Weapons & Obstruction Offenses

The FBI Uniform Crime Reporting Handbook describes disorderly conduct as “any behavior that tends to disturb the public peace or decorum, scandalize the community, or shock the public sense of morality.”

Disorderly conduct is often a blanket charge for a variety of offenses — including everything from protesting to gender-based violence. We know this all too well with many of our Advocacy Council members having direct experiences and knowledge of domestic abusers' charges being reduced down to disorderly conducts.

While we know the Black arrest rate is at least twice as high as the white arrest rate for disorderly conduct, we feel that we must include this offense within the platform because there often is a victim and its association with gender-based violence convictions, and the broad description of disorderly conduct state by state.

Because of this, we include disorderly conduct offenses on Garbo with a 7 year lookback period.

It is widely known that guns are exploited by abusers to exert power and control over their partners. About 4.5 million women in the US today report having been threatened with a gun by an intimate partner. Abusers with access to a gun are five times more likely to kill their female victims.

Because of this, we include all weapon offenses on Garbo with a 7 year lookback period.

As it relates to obstruction charges — including but not limited to witness intimidation, evidence tampering or perjury — because we can not know what type of offense the obstruction was occurring within, we include these offenses.

Because of this, we include obstruction offenses on Garbo with a 7 year lookback period.

Now we’re left with the “all other offenses” category - which constitute a wide range of offenses at the national, state, or county laws not specifically identified as Part I or Part II offenses, except traffic violations.

Garbo goes through the same process with all other offenses as an ongoing process. As new offenses appear within the criminal justice system, we put them through our offense reporting policy process alongside expert advice to determine if an offense should be included or excluded.

With this process in mind, we are also excluding the following jurisdiction-level offenses that fall into the “all other offenses” category based on our  process:

Within Garbo’s platform, you may see offenses categorized as “Other/Unknown” — this is due to our machine learning system’s inability to classify an offense. This is usually due to either an issue on the public record itself (missing data, typos, string of random words) or a new offense being added into a new jurisdiction (like cybercrime laws).

Garbo actively monitors and manually classifies “Other/Unknown” offenses as they appear in our system. The system is approximately 97.3% precise in its ability to classify different types of offenses. Should you see something you think should be removed, you can provide feedback on the case directly within Garbo.

If you ever have a question about what is included or excluded on Garbo’s platform, please reach out to us at help@garbo.io.

Garbo believes in creating a more equitable online background check platform that is focused on the reporting of harm and violence. We are committed to continuously evaluating what data is and is not accessible on our platform, and will continue doing our part to remain as transparent as possible in how we surface search results.

As always, you can also contact us anytime with questions or comments at help@garbo.io. 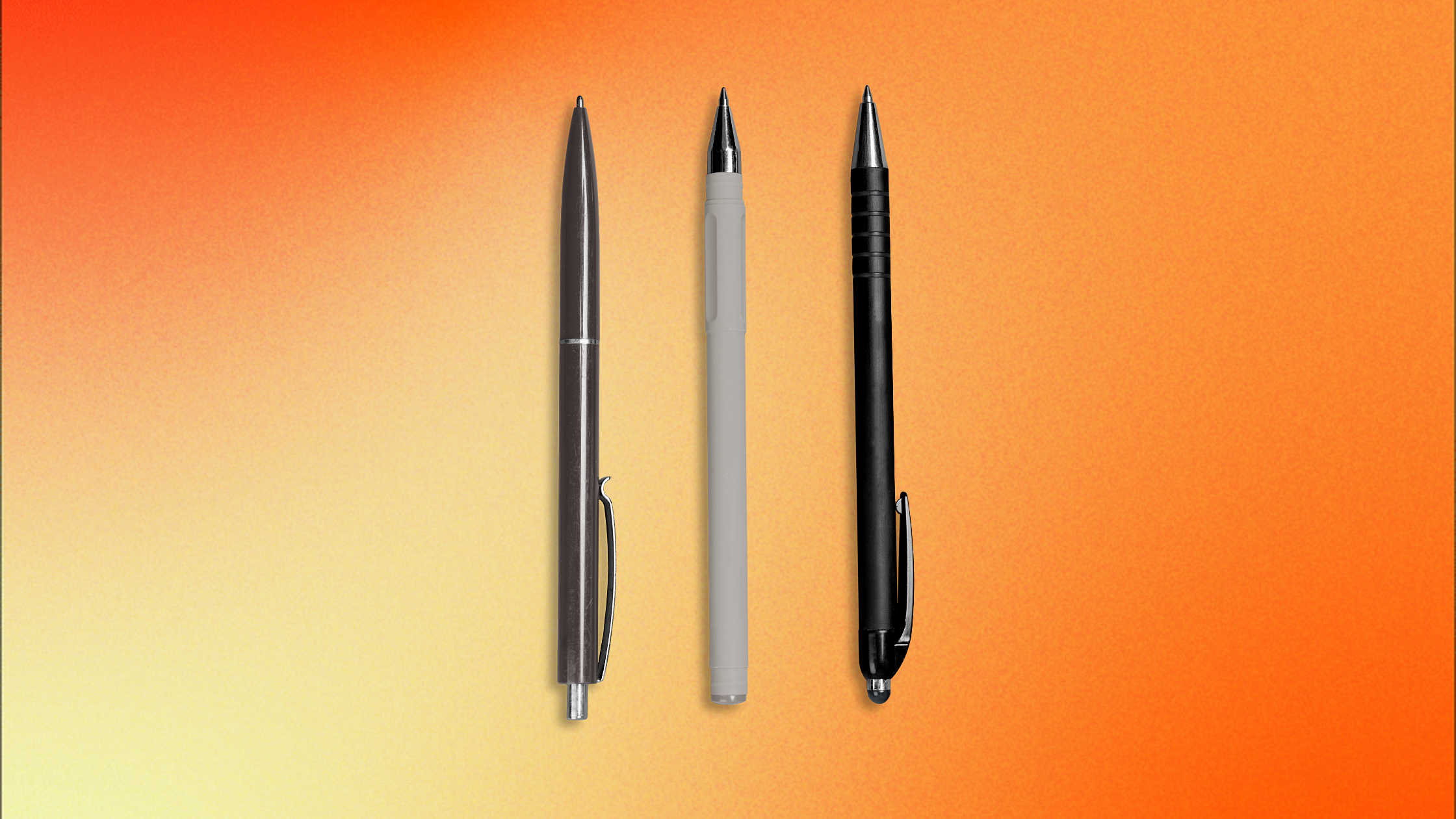 How to Write the Perfect Dating Profile Bio (+15 Ideas to Use on Tinder, Hinge, Etc.) 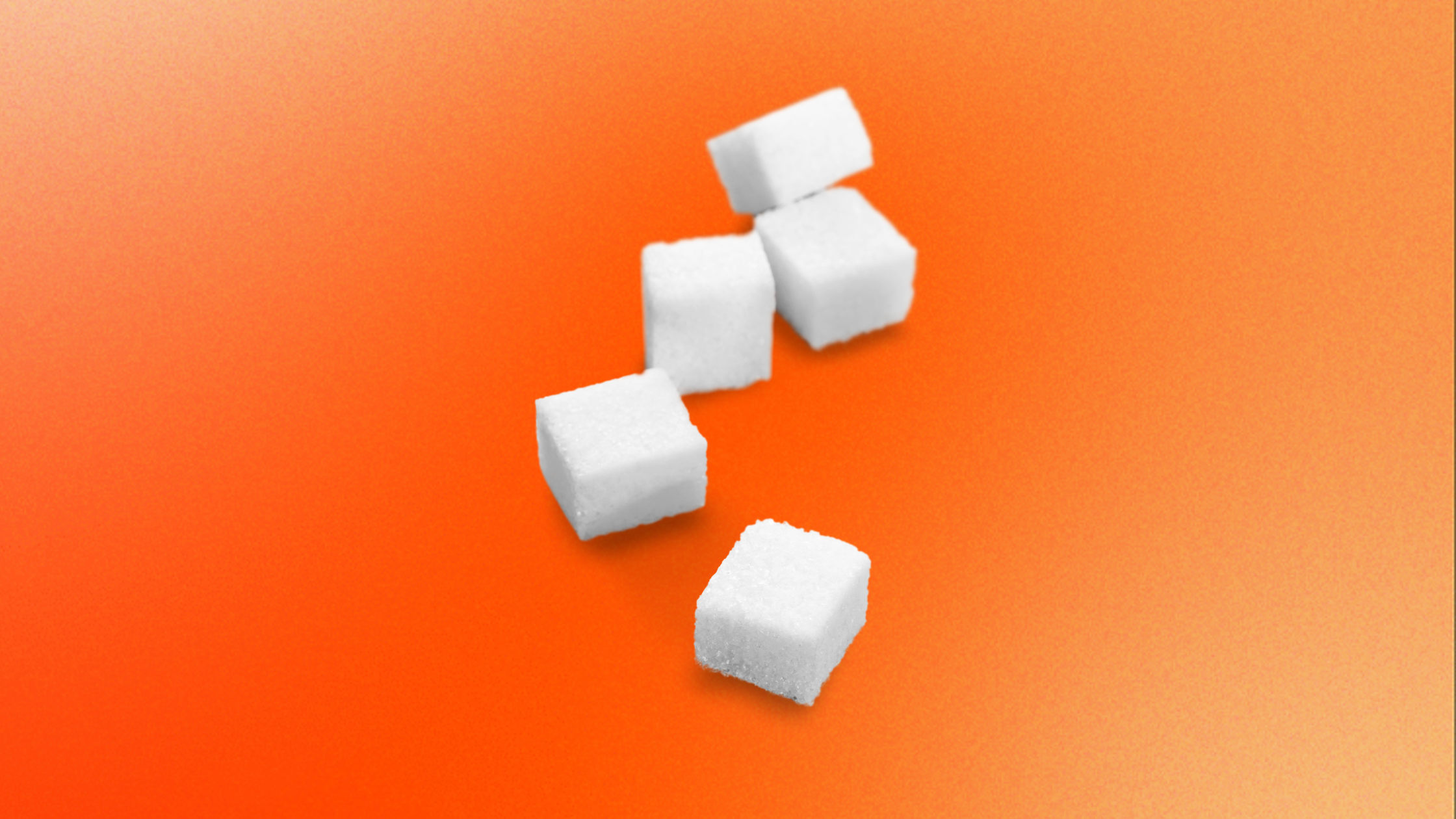 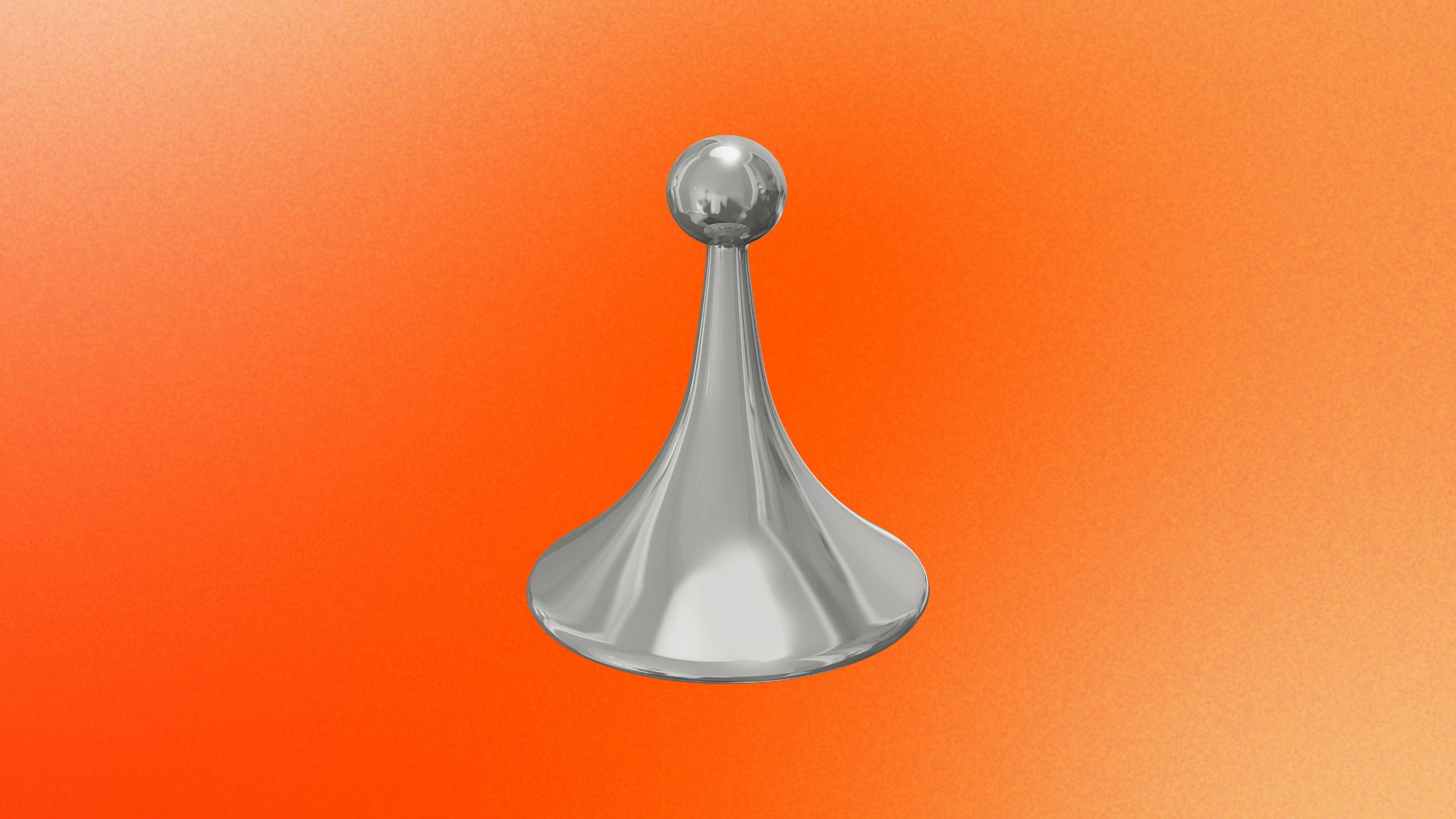 The Situationship: A New Relationship Trend

Create an account
Thank you! Your submission has been received!
Oops! Something went wrong while submitting the form.