Catfishing: The What, How, and Why 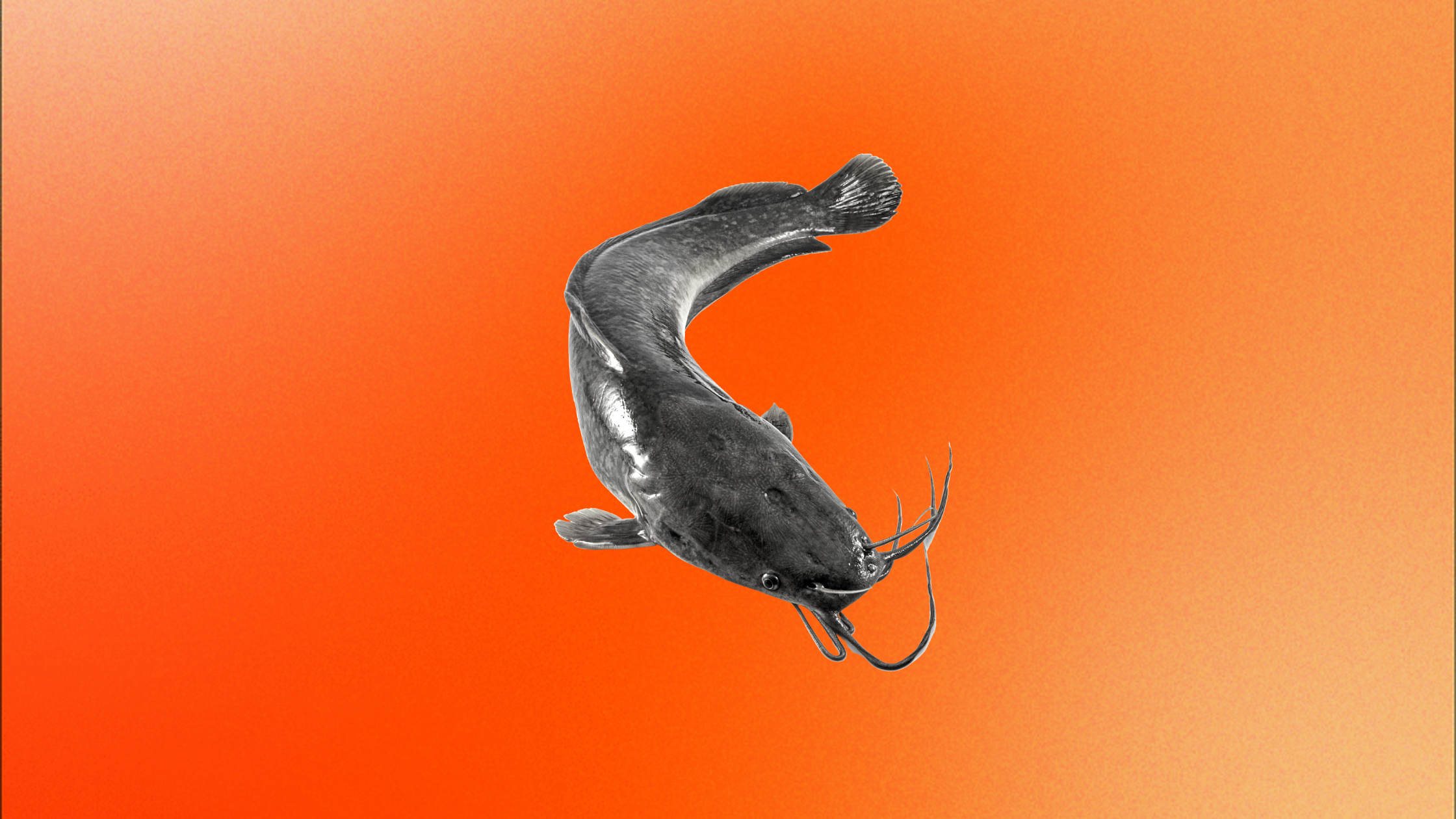 If you’ve been on dating apps in recent years, you’ve probably seen your fair share of fake profiles. Some profiles are quite obviously fake (think someone posing as a celebrity), but there are also plenty of people on dating apps and dating sites that are posing as someone they’re not in a very believable way.

This phenomenon of pretending to be someone you’re not online is known as catfishing, and it is never okay. Read on to learn more about why people catfish and how to spot a catfisher.

As defined by CyberSmile, “catfishing is when someone uses images and information (often taken from other people’s social media accounts) to create a new identity online – sometimes using an individual’s entire identity as their own.”

The term ‘catfishing’ comes from the 2010 documentary of the same name. This documentary followed a man named Nev Schulman as he built an online relationship with what turned out to be a fake person through Facebook. This documentary led way to the MTV series “Catfish”, which is how the term gained the popularity it holds today.

Catfishing is more common than people may think. Studies show that about 23% of women and 38% of men have catfished someone. Dating apps are the number one place for catfishing to take place—accounting for nearly 40% of all catfishing.

So, how can you avoid being catfished? There are a few warning signs you should be on the lookout for.

1.) They don't have many followers or friends on social media

If you’re talking to someone on a dating app and you ask for their Instagram or Twitter handle, only to see that they have little to no followers—this is a major red flag.

2.) They don't want to Facetime/video chat

If they have no problem talking on the phone for hours, but get freaked out every time you ask to Facetime, this is a big warning sign. If they don’t look like their profile picture, or are posing as someone they aren’t, they’re not going to want to face you on a video call.

3.) Their cameras are often "broken" or not working

Many times a catfish will string their victim along by promising that they’ll send pictures or facetime as soon as their camera is fixed, so be aware that this is a common lie used to maintain their fake identity. It could also be that “Zoom” or similar tools are broken or not working.

4.) They don't want to meet in-person

Everyone has different levels of comfort when it comes to meeting up in person, but if you have been talking to someone for a while and they seem to want to keep pushing the relationship forward without ever actually meeting each other in real life that is definitely a cause for concern.

5.) They don't live in the same place as you

Long-distance relationships can be great, but most online daters are looking for someone in close proximity to them. On the contrary, catfishers will purposely match with people far away because it makes it easier to hide their true identity since it’s much harder to meet up with someone who lives far away.

Maintaining a false identity requires a lot of lies and on-the-spot excuses, so if you feel like the things they’re telling you don’t add up, you’re probably right.

Requests for money will usually come after a catfisher has instilled a false sense of trust with their victim. They may ask for money to come see you, to get their phone fixed so they can keep talking to you, or a variety of other reasons that makes it seem like they need it for the sake of the relationship.

One of the most harmful forms of catfishing is romance scams. Romance scams are defined by the FBI as occurring “when a criminal adopts a fake online identity to gain a victim’s affection and trust. The scammer then uses the illusion of a romantic or close relationship to manipulate and/or steal from the victim”.

Romance scammers are very skilled at what they do. They use very calculated methods to quickly establish a connection with their victim and make them feel safe and loved, so they can get what they want in return.

A common romance scam in online dating is known as the oil rig scam. The concept of the oil rig scam is that catfishers will use the excuse that they’re working on an oil rig to explain why they can’t call you or why they can only talk at certain times (most oil rigs do not have reliable cell service). Oil rigs also do not allow cellphones in certain areas, so overall it’s a pretty good excuse that covers most reasons for their irregular and limited communication.

A romance scammer will ask for money in different forms — including gift cards, wire transfers, credit cards in your name, and investing or sending them cryptocurrency.

If you think you may have been the victim of a catfishing scam, or romance scam, you should immediately block and report the person to the site on which you met them, change your account passwords, and contact the authorities for help.

While the act of catfishing itself is not illegal, it is still very harmful, and it can easily lead to criminal activity, such as:

Some people will intentionally catfish as a real person in order to defame that person’s reputation. Using catfishing as a means to spread false information about and slander someone else is illegal.

If the catfisher uses their fake identity in order to get something in return (usually money), then they are engaging in fraud.

Tragically, a lot of victims of catfishing are minors who are specifically targeted by predators pretending to be someone much younger. Predators will create an online persona that makes them seem like they are the same age of their victim and will try to befriend them in order to later elicit inappropriate photos/videos or lure them to meet in person.

How to spot a catfisher

Reverse image searches are a great way to see if the person you’re talking to is using someone else’s selfies. You can use one of the pictures on their dating profile and search google with this image to see if it exists elsewhere online, like on someone else’s social media profile. If you’ve never attempted a reverse image search, you can figure out how to do so here.

Do they have a lot of friends on social media? Are you even able to find their accounts when you Google their information? Do they even provide enough information to Google them? Do they have a generic name so you can't pin them down online? These are all major red flags.

Background checks can help you identify catfishes in a few ways. You can see if the information they’ve given you matches up to what’s on their record or if there’s discrepancies in their age. Some background checks, like Garbo’s will also recognize any AKA matches when you search a person. So if they’re using a fake identity or a different name that they’ve used previously to commit crimes, you’ll be able to figure this out.

There is a variety of in-depth reasons why people catfish.  While some may seem obvious, here are reasons stated by research:

Some catfishes create fake accounts and use other people’s images because they have low self-esteem and are not confident enough to show who they really are.

One of the most common reasons for catfishing is to get money from someone by tricking the victim into a romantic relationship, and then using a variety of lies and stories to guilt them into sending money.

A catfish may be someone who is confused about their sexuality, who is acting as someone else to explore their sexual preferences without the risk of revealing their true identity.

Catfishing can be used as a means of revenge to get back at someone, usually an ex-partner. The catfish will use their fake online identity to get sensitive information/content to use as blackmail. They may even pretend to be the person they’re trying to get back at by creating a fake profile under their name and posting lewd content that could damage the person’s reputation.

Unfortunately, some people will use catfishing to amplify their cyberbullying, meaning they’ll set up a number of fake profiles so their victim thinks there are multiple people coming after them. This is done to increase the amount of emotional distress caused to the victim.

What to Do if You Think You're Being Catfished

If you think you are being catfished, start by gathering all basic information about them (gender, age, birthday, location, job, photos, etc) and look for inconsistencies in what they have told you over the course of your relationship.  You can then report them to the police and they can open an investigation against the potential person of interest.  You could also hire a local private investigator if you are not comfortable going to the police.

You can also reach out directly to the platform you met them on to hopefully get them removed from the site.

All in all, catfishing is very real and very common, but knowing what to look for can help you stay safe and avoid being the victim of a catfisher. As always, use caution when online dating and look for these other early dating red flags.