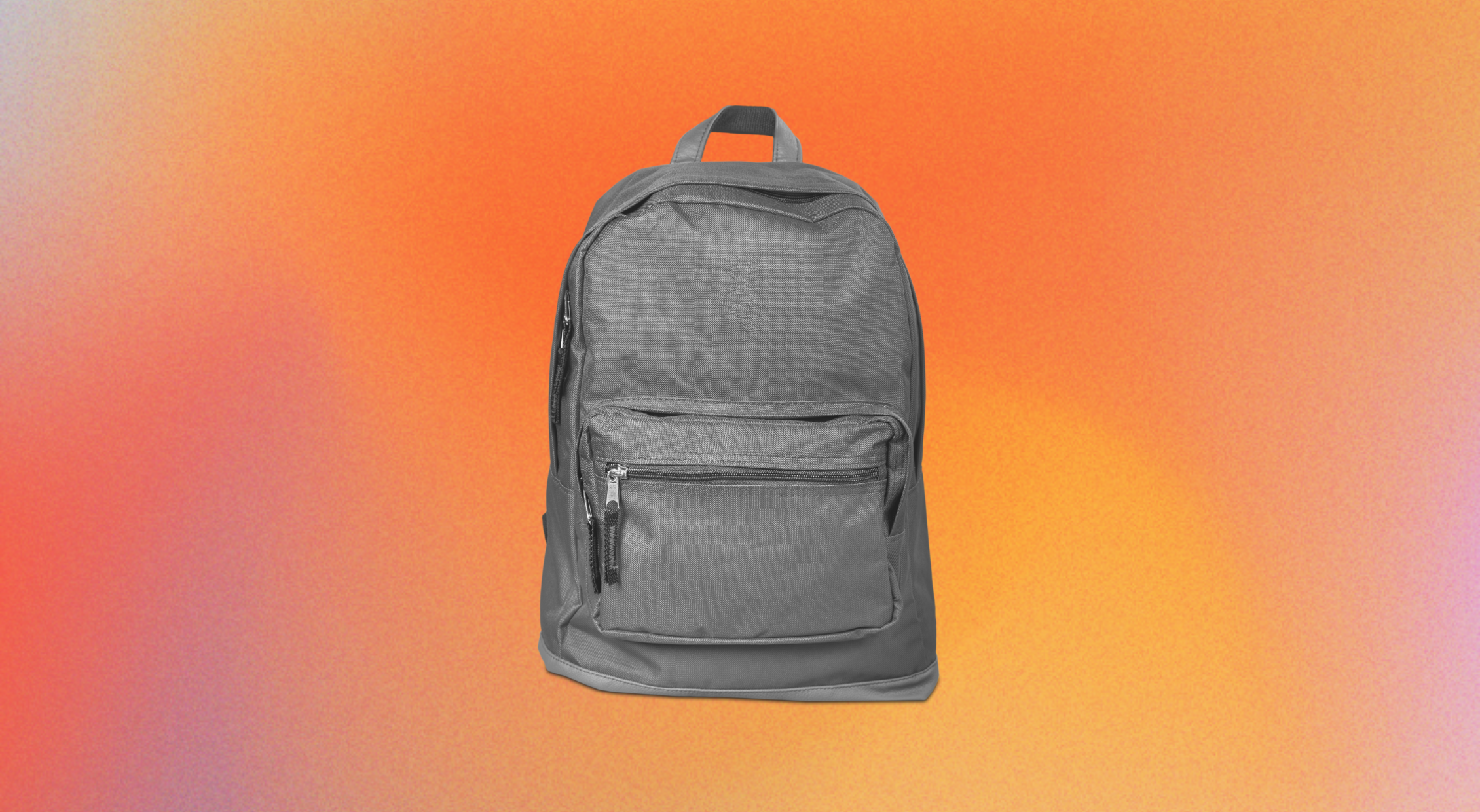 Why Do So Many Sexual Assaults Happen on Campus? with Tracey Vitchers

In this episode, Kathryn Kosmides speaks with Tracey Vitchers, a non-profit executive democratic political advisor and an expert on sexual violence prevention and survivor advocacy. Tracey served as an executive director of It's On Us a nonprofit founded in 2014 to combat campus sexual assault. It is considered the most extensive student organizing program since it launched in 2017.

In this episode, Tracey discusses:

You're listening to Reckoning, the go-to resource for conversations about gender-based safety, survival, and resilience in the digital age. Reckoning is brought to you by Garbo. Garbo is on a mission to help proactively prevent harm in the digital age, through technology, tools, and education. I'm Kathryn Kosmides the founder and CEO of Garbo and your host for each episode. In the interest of safety, I want to provide a content warning for listeners as we do discuss some hard subjects in each episode. So please use your own discretion when listening, you can learn more about Garbo and our guests by visiting our website at https://www.garbo.io Thank you so much for being here and listening to this episode.

Today, our guest is Tracy E. Vitchers. Tracy Vitchers is a nonprofit executive, democratic political advisor, and nationally recognized expert on sexual violence prevention and survivor advocacy. Throughout her decade-long career, Tracy has raised more than $11 million for social justice causes and democratic political candidates. Tracy has served as the Executive Director of It's On Us, a nonprofit founded in 2014 as an initiative of the Obama-Biden Administration to combat campus sexual assault through peer-to-peer prevention, education programs, and activating the largest student organizing program of its kind since 2017. From April, 2014 to October, 2017, Tracy served as the chief development officer for Callisto, a nonprofit that creates technology to combat sexual assault, empower survivors, and advance justice. Today, our conversation touches on college campus sexual assault, and how prevention and intervention education can begin to create real change.

KATHRYN: You've been at It's On Us as the executive director since 2017, so tell us a little bit about the organization and your journey there.

KATHRYN: Wow, what a journey that you've been through and to get to where you are today. I think we all come to this work because we are this source and that's what I want to touch on a little bit is-  joining in 2017, let's reflect on where the world was in 2017 and where we are today now with Biden being president. What does that mean for the organization? Can you talk a little bit about what was that first few years like with a different administration and how did that impact your work? And now what are you thinking moving forward?

TRACEY: It's exactly to that point. It's institutional risk management and that's what I call it. It's institutional risk management. It's allowing schools to say we are compliant with the Clery Act, which requires us to do annual prevention education programming with a hundred percent of our students. So before they can register for classes, every student is going to sit through some 30 minute webinars that they click through. They don't absorb any information. They're rushing through it so they can get a seat in that econ class that they really, really want and they move on. But then when a student survivor comes forward and says, ‘I was sexually assaulted.’, they can say, ’Well, we did prevention education and it just didn't stick with him. That's not our fault.’

KATHRYN: I think that's why I'm just so in awe of what you chose to do. You chose to say, ‘We're just going to- instead of listening to and responding to organizations and institutions and governments- we're just going to listen and talk to students and actually go to the source of the problem and the solution and say, 'What do you need? How can we help you?' You worked so well in tandem with students. Instead of talking at them like, ‘Ah, do this or don't do that.’ It's building these communities on campus and that's just such a different way in which to think about sexual assault prevention in general, is that community driven approach, not the, ‘Oh, you have obligatory training mandate from the government.’, that's not going to solve it.

TRACEY: It's not because the way that you prevent sexual assault is you give students avenues to engage in true attitudinal and behavior and culture change. That doesn't happen through a webinar, that doesn't happen through a lecture. That happens through real life conversations, in a peer-to-peer setting where the person facilitating the conversation looks like you, talks like you, go to the same school as you, sits next to you in psych, is on the football team with you. When you have that person talking to you, like, ‘Hey, I care about this issue. You should too.’, you're more likely to perk up and listen. Positive peer pressure is a thing. It's a good thing. If you can create an environment where students are like, ‘Hey man, that comment that you just made, wasn't funny.’ or ‘We don't tell rape jokes in this locker room.’ That is the culture change that we need to see. And that's not gonna happen through a 30 minute webinar. It's not going to happen through a lecture. It happens through having real conversations that are relatable and also partnering with the different platforms that students are working with to embed this message as part of their everyday life. Because again, if you only hear about this ,once and done, as part of Freshmen orientation, when you're completely overwhelmed with all of the information that you're getting, it's not going to stack. But if you're opening up your Tinder app, and the first thing that you see is an It's On Us logo with tips about how to use online dating safely, then that just becomes part of your everyday existence and experience. It helps, right? It helps build these lessons into like something that you're thinking about regularly, just as part of your everyday life, which it needs to be if we're going to solve this problem.

KATHRYN: Exactly. It can't be a one-and-done thing, right? These are ongoing conversations, these things evolve, right? You have those webinars, right? I'm sure they are not talking about nonconsensual image sharing, for example. They're not talking about the ways in which these harms have evolved as well. The idea of integrating it into the lived experiences of young people is so important. Let's just go back a little bit. You mentioned this attack on Title XI, right? It is being attacked. It's still being attacked. Just women's rights, in general, are being attacked, right? In every which way, survivors rates, etc., and I just really want to understand what is the benefit of not believing survivors?

We hope you enjoyed this conversation. If you're interested in learning more about the topics discussed in this episode or about our guests, visit our website at https://www.garbo.io

Now available: Garbo's new kind of online background check makes it easy to see if someone in your life has a history of causing harm, while balancing privacy and protection in the digital age. This episode was produced by Imani Nichols, with Whisper and Mutter.

I'm Kathryn Kosmides and I look forward to having you join us for the next episode of Reckoning. 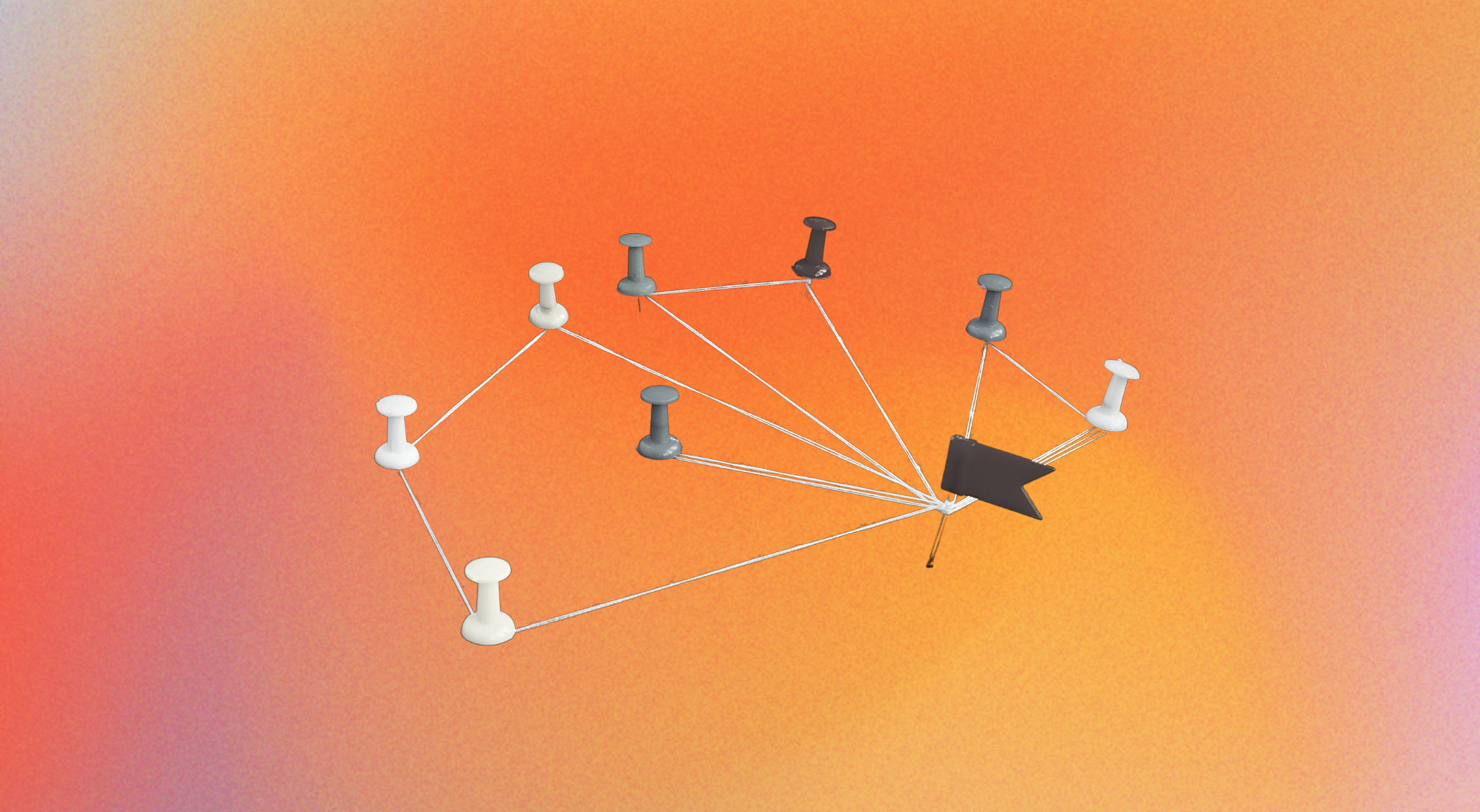 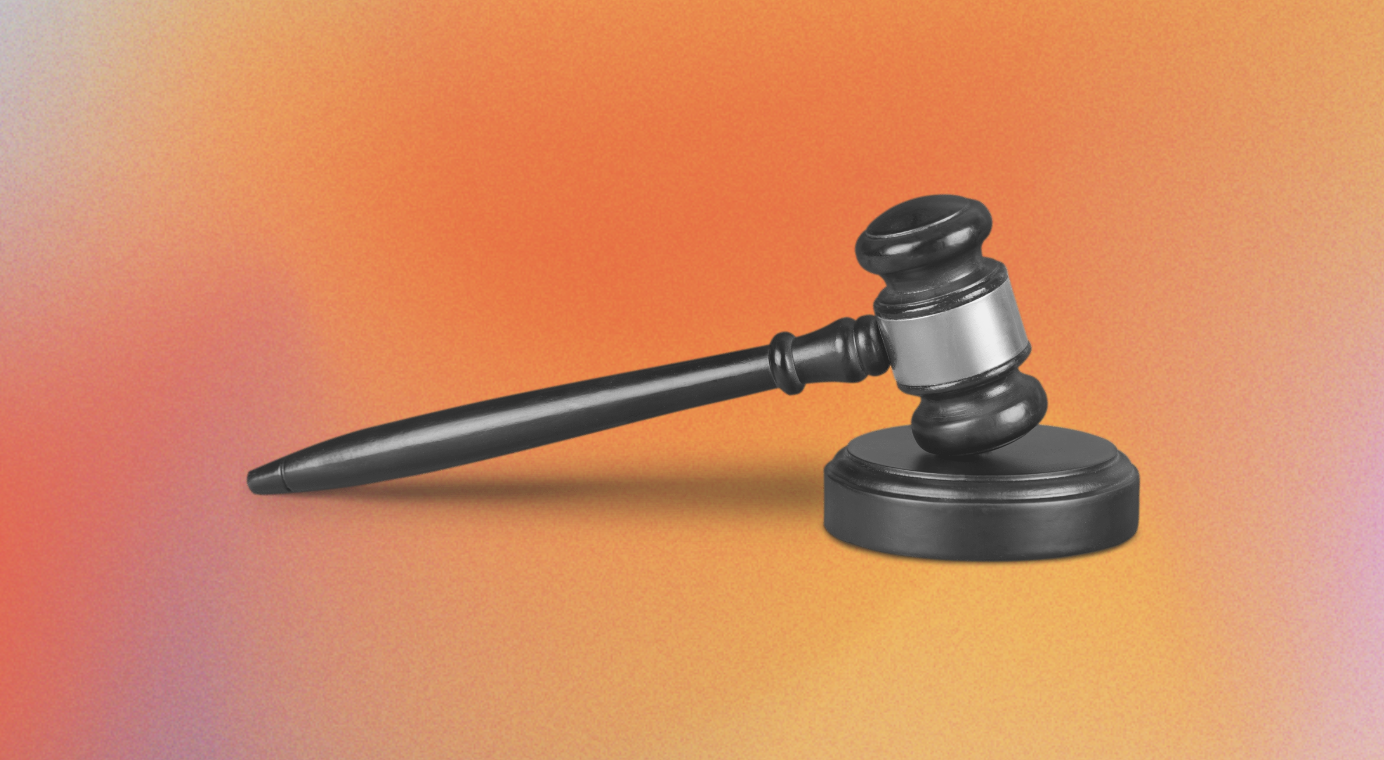 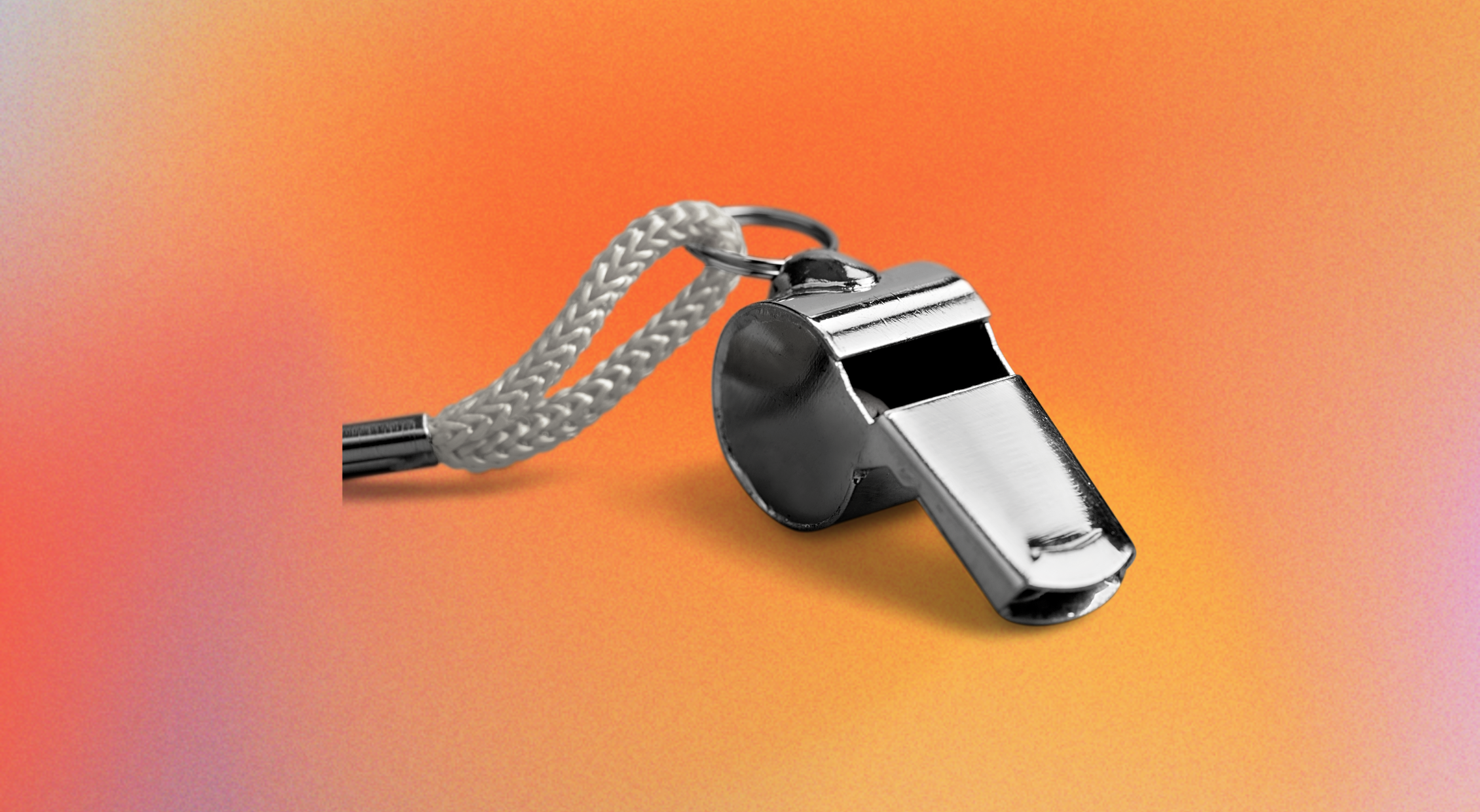 Whistleblowing & The Power of Public Opinion with Ariella Steinhorn

Learn morecreate an account
Thank you! Your submission has been received!
Oops! Something went wrong while submitting the form.

Donate —Blog —
sign in —
quizzes —create account —
contact us —
Garbo's platform is a non-FCRA consumer online background check. We do not provide consumer reports and are not a consumer reporting agency.
‍
Copyright © 2022 Garbo. All rights reserved.