How to Recognize Narcissistic Abuse Signs 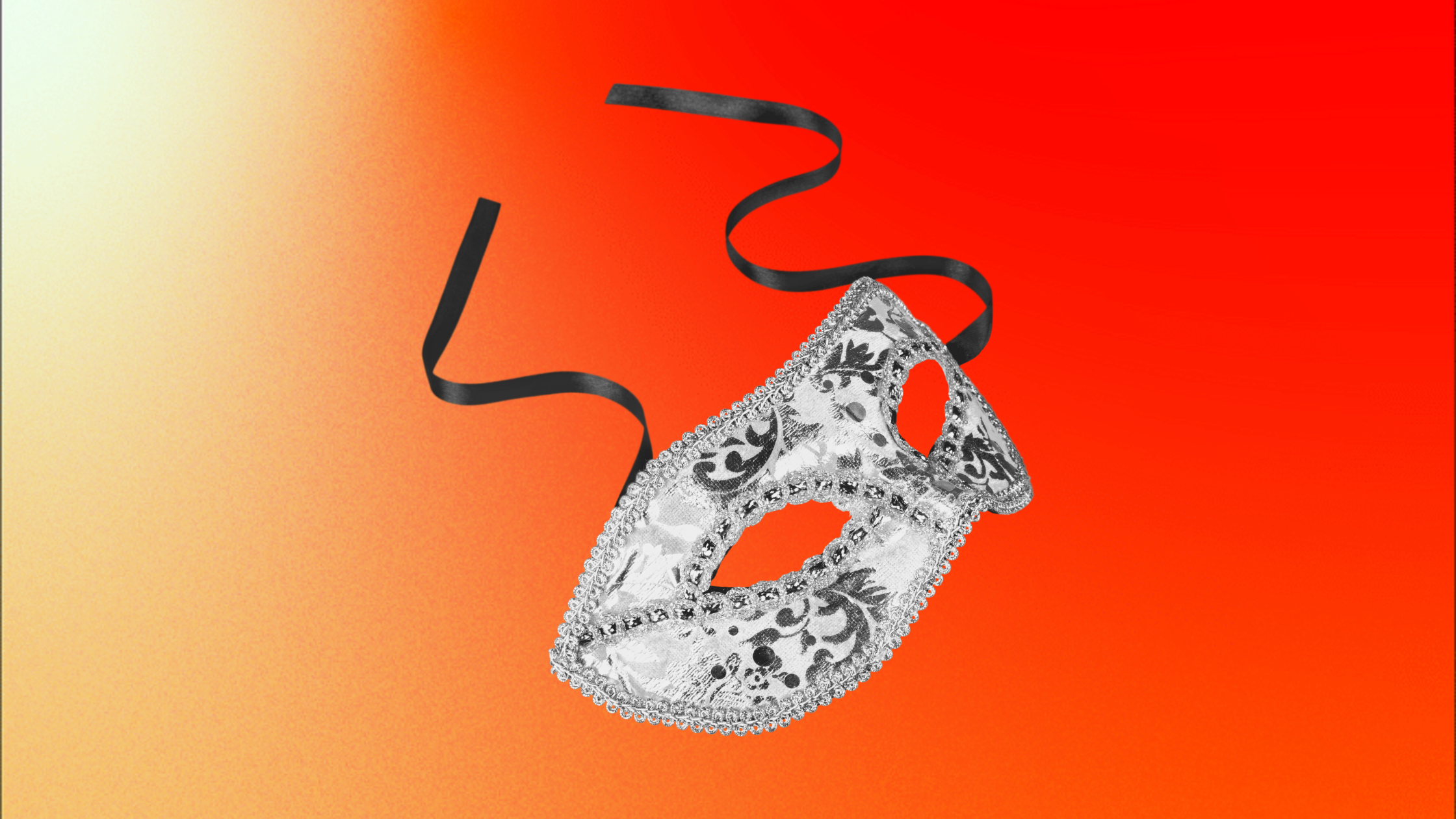 The essence of the word 'narcissism' lies in its history. It originated from a Roman poet's book that described 'Narcissus' as a character who falls in love with his own reflection. The term has been used since to describe a very high level of self-love.

The modern definition of narcissism is a disorder where the person has an exaggerated sense of self importance.

Let us look at a popular fictional character to understand narcissism better. The lead of 'YOU', a current hit series by Netflix, is a good example to start with.

Spoiler alert: Joe Goldberg identifies his love interests at first, and then grabs their attention by love bombing. He then goes on to convince himself that his love interest is in need of some saving and he is the only one who can save them by going on a killing spree, all for his 'love'.

We often use the term narcissism casually without understanding that it refers to a form of emotional abuse.

The society looks at narcissism as a trait and not a form of mental illness. As a result, this form of mental disorder is not given adequate attention.  Narcissistic personality disorder (NPD)is a real mental health disorder and not something that should be thrown around lightly.

Narcissism, or narcissistic personality disorder (NPD) is a serious condition where narcissists display grandiose self-achievement and constantly require admiration. Their inflated sense of self worth affects all their relationships, more so their partners. It is often associated with being a sociopath, and, in some cases, even being a straight up psychopath.

But isn't it normal for individuals to like to be admired? Let's face it. Who does not like receiving compliments? Research shows that narcissism exists at sub-clinical levels in the normal populations. It is only the excessive want for attention, validation, and a grandiose sense of entitlement that converts it to full-blown NPD. Narcissism is a personality disorder — which is a type of mental disorder in which an individual has a rigid and unhealthy pattern of thinking, functioning and behaving.

Research shows that up to 5% people around the world have NPD. So while the term is thrown around quite a bit, the clinical diagnosis is about this rate. That might be more, or less, than you thought.

There is a disconnect in how the world perceives a narcissist and their perception of themselves.

The term that is used to describe this disconnect is 'narcissist ignorance'. A narcissist is ignorant of reality and fails to understand their real self. They overestimate the perceptions of the world which leads to a disconnection between how they believe themselves to be, and how the actual world perceives them to be.

A narcissist may not necessarily engage in physical abuse, but likely show quite a few signs of emotional and verbal abuse.

Here are a few signs of narcissistic abuse:

If your partner exhibits or more of these traits, you may want to think about planning a way to safely leave the relationship. Even showing one or two of these traits are major red flags.

What is narcissistic abuse?

It is common for narcissists to manipulate their partners in such a way that they themselves appear to be victims. They often tease, criticize, or humiliate their partners which gives them control and power over their partners — lowering the self esteem of the person who has to deal with such personalities and creating self-doubt.

How does a narcissist get people caught up in their entangled webs?

It is not like that they demonstrated this personality from the first meeting. Narcissists usually come across as confident and charming when you first meet them. They engage in tactics that makes their victims feel overwhelmed by the attention. Once the bond is created, it is then when the actual abuse kicks in.

After a while, the partner of a narcissist may feel hopeless, guilty, scared, and even useless.

Narcissistic abuse does not always equate to physical abuse — although it definitely can. It is more of emotional abuse that occurs from behavior and words. Just because they use emotional abuse techniques and tactics doesn't lessen the trauma inflicted by a narcissist. The trauma that a victim of such an abuse has to go through has a direct impact on their mental health and confidence. It may take years to overcome this pain and deflated self esteem.

Recall the line from the somewhat recent hit song 'Gaslighter' by The Chicks?

Gaslighter.. denier.. doing anything to get your ass farther

Well, gaslighting is a common method of emotional manipulation and psychological abuse.

Gaslighting is the use of tactics to manipulate another individual’s reality.

Narcissists often engage in gaslighting their partners, family, friends, coworkers, and colleagues. This is their way of exercising covert control and establishing their dominance.

Another typical example of narcissistic abuse is justifying their bad behavior by blaming you. You might hear a narcissist say something like "WHY DO YOU THIS? I AM NOT LIKE THIS. YOUR BEHAVIOR CAUSES ME TO ACT IN THIS WAY."

Wow! Does not that just make the abuser the victim? Now, their partners go into this cycle of emotional guilt and question their own actions. A victim of narcissistic abuse is always apologetic for their actions. The manipulation by the narcissist makes them beleive their the one who is being toxic and contributing to a toxic relationship.

A recent study published by New York University argues that narcissists have underlying deep insecurity and their behavior is a compensatory adaptation to cover up their low self-esteem. Mostly we may see narcissists getting frustrated if they do not receive special attention. They may also engage in condescending behavior if their partners are appreciated in the society. These actions are a result of their deep insecurities that cause them to act with rage when someone else seems to be better than them. This is a major warning sign that such people may not be able to deal with rejections or imperfections.

Since a narcissist stretches the boundaries of selfishness and self-admiration, they exhibit a complete lack of empathy towards their partners and peers. As a result, their partners may feel belittled and inferior most of the times. Society often does not realize the impact it causes on a victim's mental health in the long run.

Like all forms of abuse, there is a constant need for a narcissist to exercise control and feel powerful.

In most of their relationships, a narcissist would go back and forth in their abusive behavior.

The cycle of abuse is a repeated pattern of behavior where there is some good in the relationship, pressure building, an explosion, and then a reconciliation... seen over and over again.

After all, it is important to show some kind of love to retain control.

A narcissist tends to get bored in their relationship. Once their hunger for appreciation is satiated, they move on to newer targets. Remember how Joe Goldberg in the Netflix series 'YOU' moves on from one relationship to another after he gets bored? Yes, that's exactly what a narcissist would do.

But what about their victims?

The victims often find themselves trapped in this abusive relationship. They constantly feel a need to improve themselves and validate their existence to the narcissist. They are often anxious and are very careful of their actions to not upset their partner.

Before they realize, the victims find themselves entangled in this web.

Escaping an abusive relationship with a narcissist

It is a daunting task to break away from a narcissistic relationship. It is difficult for a person with Narcissistic Personality Disorder to accept that their victim has broken free from their abuse. They just cannot accept it and stay in a constant mode of denial. This means they will often engage in post-break abusive behavior of stalking, harassment, or even additional love bombing.

Someone in this type of toxic relationship should try to find a safe way out.

Here are some steps to try and safely leave a narcissistic relationship:

Create a safety plan: Because narcissists will often retaliate once someone leaves, or even tries to leave, it is best to have a safety plan on how and when you will safely escape the relationship. You can talk to your friends, colleagues, or call a hotline to help assist in creating a safety plan.

Do not tell them about your plan to leave: They may find a way to convince their partner that they are at the losing end and they need this relationship more than they do. A narcissist loves having absolute power in their relationship and want to be the first one calling it quits. Their partners dumping them is something they cannot digest. And the cycle will forever continue. Make some plans of how to deal with the break up mentally, and how to distance yourselves, even if it means ghosting them at some  point.

Re-establish lost connections: There is a high chance that the victim has severed ties with friends and family who tried to warn them. Surrounding themselves with loved ones who will provide the necessary emotional support when leaving the situation can help.

Do not give in: A narcissist will try to find a way back into their victim's life. They will make sure the victims knows about them from mutual friends, social media, or constant messages. Do not fall in the trap again. This may need some serious determination and will power as it is often easier to placate an abuser than it is to leave. Make sure to stay strong.

Healing from a narcissistic abuse

It may take time to heal and recover from such toxicity. The first step in this direction is to let yourself grieve. It is practically impossible to move on from the experience immediately. The survivor may feel a plethora of emotions such as anger, hopelessness, and guilt. But, it is always essential to remember that this is better in the long run. A moment of sadness is better than a lifetime of despair.

The toxicity of the relationship causes the self esteem of the narcissistic victim to crumble. Experiencing narcissistic abuse can cause post-traumatic stress disorder, depression, anxiety, and other mental health issues. Know that this is normal and you are not alone.

The next step would be rebuild the lost self confidence. A survivor should surround themselves with a support system of positive people, who will encourage them to continue re-building a beautiful life. Parents, siblings, and close friends are always the biggest motivators. Their positivity will definitely help in healing from the trauma.

Don't shy away from seeking professional help. Breaking away from a relationship is never easy, especially if there were trauma bonds with the other person. A good therapist will definitely help evaluate your feelings.

Everyone deserves a healthy relationship free from violence and abuse.

There are resources and advocates ready to support victims and survivors throughout their journeys.